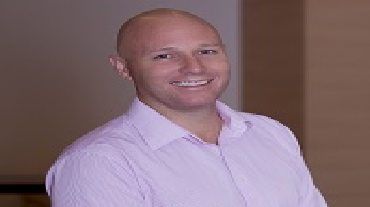 The company demonstrated a year-on-year revenue rise of 158%, when compared with the same period last year

Veeam Software, the innovative provider of solutions that deliver Availability for the Modern Data Center, is wrapping up its channel activities in 2014 on a high note with impressive third quarter results in the Middle East, including triple-digit percentage growth in the UAE. The company is now preparing for 2015, which is being dubbed ‘a bumper year’ by most channel stakeholders.
Veeam’s Q3 2014 results for the Middle East region demonstrated a year-on-year revenue rise of 158%, when compared with the same period last year. Meanwhile, revenues for the UAE rose by 118% over the same period. During the quarter, the company acquired approximately 10,000 new customers, with total paid customers now surpassing 121,500. The number of new enterprise customers grew 108% year-over-year, and revenue from enterprise customers grew 140% over the same period. The latest results mark the twenty-seventh consecutive quarter in which the company saw total revenue bookings hit double-digit percentage growth.
“2014 has been a great year for Veeam in the UAE channel. In fact, through the course of this year, we have forged partnerships that have really strengthened our position in the GCC as a whole – we currently have over 900 clients in the Middle East, and are confident this figure will increase over 2015,” said Gregg Petersen, Regional Director, Middle East and SAARC, Veeam Software. He added, “Currently, the UAE is leading Veeam’s growth in the Middle East region, representing about 33% of its revenue.”
Meanwhile, in September this year, Veeam announced new technical training and certification programmes for its reseller pro-partners and end-users in the Middle East, a move that opened up new revenue streams for Veeam’s channel partners
“Veeam has one of the most well defined and effective partner programmes when compared to other IT vendors operating in MENA region – it is designed to educate and empower partners to demonstrate their expertise to customers. Our understanding of what our partners need, and how to tailor our support to those needs, is what gives us our edge and has powered our growth in the channel,” said Petersen.
“Working with Veeam has been a gratifying experience. Veeam delivers top-notch enterprise IT solutions that meet the comprehensive needs of our customers. The architecture is simple and eases our task in educating clients and closing deals. We look forward to further raising our contributions to Veeam’s revenue stream,” said Sajeev K. Perunnelly, Division Head – Enterprise Computing Systems, Alpha Data.
Veeam’s recent win of the Best Partner Accreditation Programme Award at the third edition of Reseller Middle East’s annual Hot 50 Awards further testifies to its extensive support of its channel partners in achieving greater success in the Middle East region.
“Upon commencing work with Veeam, we streamlined our solutions around Veeam architecture. During POCs, some customers just couldn’t believe how simple and easy it was to use Veeam. As they say, it just works. We aim to convert more customers to Veeam sooner than later,” said Haider Ali Kutbuddin, General Manager, BurhanTec.
Looking ahead to 2015, industry pundits claim immediate opportunities for the channel lie in building a knowledge base that will help identify opportunities and projects. Additionally, the fact that virtualization, storage  and cloud technologies, which modern data center is built on, are being aggressively adopted in the MENA region is also likely to contribute to channel’s growth.